For New Yorkers, car ownership adds one major headache:  Where to park?

Valet Anywhere eliminates the “Dude, where’s my car?” frenzy,  transforming the way people own cars in the city. From within the Valet Anywhere app, subscribers request a valet. No cash changes hands as valets safely move clients’ cars from their destinations to secure and trusted Valet Anywhere partner parking garages. And when you want your car back, valets return it in a pinch, with an added carwash and full tank of gas as a bonus.

To make their customers even happier, Valet Anywhere recently focused on making their premium service the safest it could be. With more than 200,000 collisions per year, NYC is a city that could definitely benefit from safer drivers.

The effort began with Valet Anywhere teaming with Zendrive to improve safety for 17 selected valets over a two-month period. These drivers, which represented a quarter of the company’s fleet, began with lower than average control scores.

“Before we started partnering with Zendrive, we had already realized there was a gap in terms of monitoring the driving habits of our valets,” explains Lawrence Lee, Valet Anywhere co-founder and chief operating officer. “We could track valets routes through GPS, but we couldn’t tell how well they were driving–whether they were speeding or using their phones a lot. These were all things that we couldn’t physically see because we weren’t in the car with them. Zendrive closed this operational gap.”

The goal of Valet Anywhere’s data-driven safety program was to move at least 60% of the pilot group of drivers from fair to excellent. After two months, Valet Anywhere exceeded this goal, experiencing a 76% increase in excellent drivers.

“Our safety program and Zendrive really helped us make our drivers safer by uncovering data we had never seen before and increasing accountability,” says Lee. “What made it easy was there was no upfront hardware to purchase and Zendrive was so easy to install, which made the integration frictionless.”

In addition to resulting in two out of three Valet Anywhere drivers operating at levels of excellence, the safety program yielded: 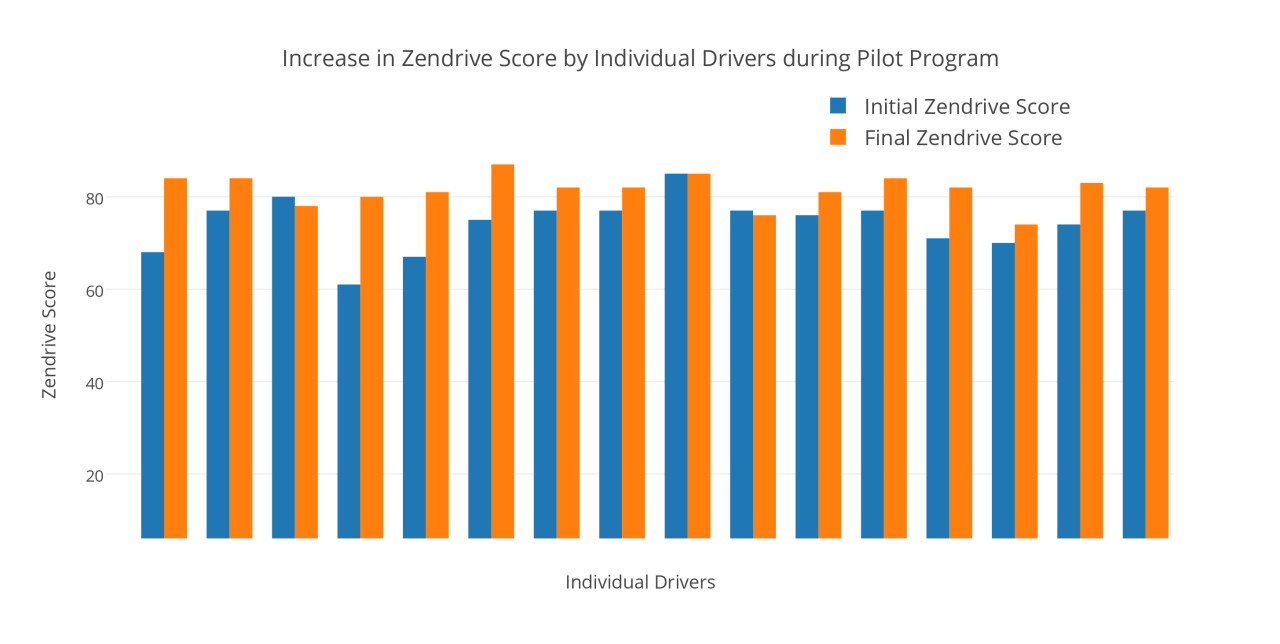 Drivers are also promoting safety among themselves now that the company has instituted a “Featured Driver of the Month” award that rewards employees complying with the safety program and demonstrating other company core values. “Friendly competition is not only healthy, it improves retention.”

Cars were always in good hands with Valet Anywhere’s experienced and highly trained valets, and now they’re in even better hands. “Safety and trust are big issues for new customers and prospects. People don’t mind paying a service premium for proven safety and Zendrive helped us demonstrate our commitment to the safety and care of their personal vehicles,” concludes Lee.

If you’re frustrated with car parking in New York City, be sure to check out rapidly growing Valet Anywhere.